Arriving by ferry early in the morning at Ouistreham we headed straight to Benouville to see Pegasus Bridge where on the morning of the 6th June 1944 at 00:16 members of the 6th Airborne Division landed in 3 gliders capturing the bridge intact after a brief 15 minute skirmish. 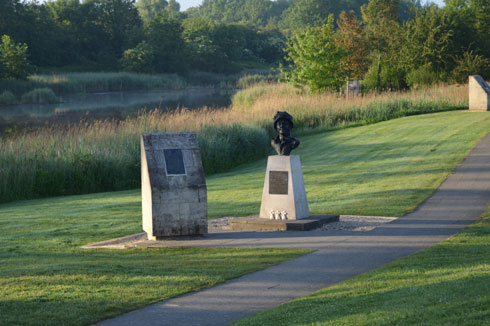 The above pictures show two of the three markers showing where the gliders landed and steele of Major John Howard who led the glider bourne assault on the two bridges between Benouville and Ranville spanning the Caen Canal and River Orne.

Next we visited Ranville Common Wealth War Cemetery and Ranville Churchyard which is the final resting place of Lieutenant Herbert Denham Brotheridge who was killed by German machine gun fire while storming Pegasus Bridge. He is considered to be the first Allied soldier killed in action on D-Day. 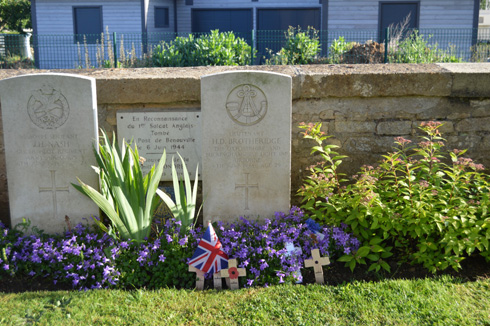 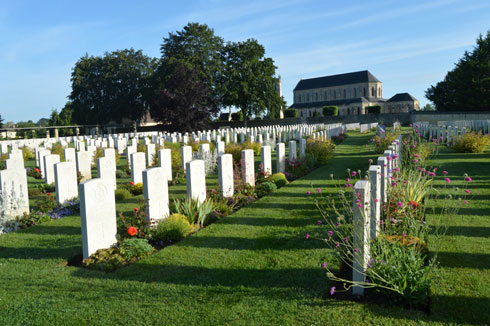 Omaha Beach and the American Headquarters

During our visit to Omaha Beach low flying American C-130 planes could be seen along the coast and were later used for parachute displays at Saint Mere Eglise. 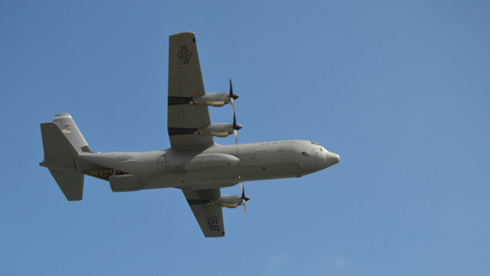 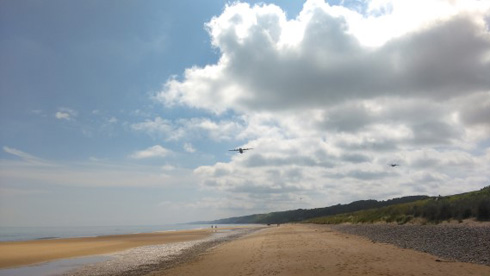 We stopped at a casemate (WN65) located near Saint-Laurent-sur-Mer which originally formed part of the German defences for Omaha Beach housing a 50mm anti-tank gun. The casemate was later used as a headquarters by American forces after it was captured on D-Day. 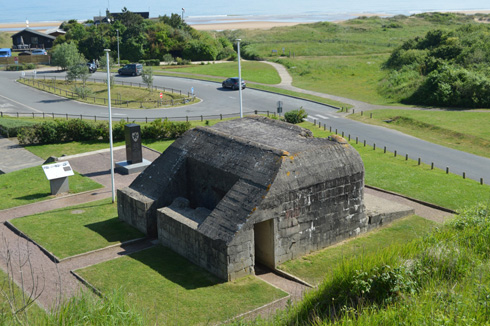 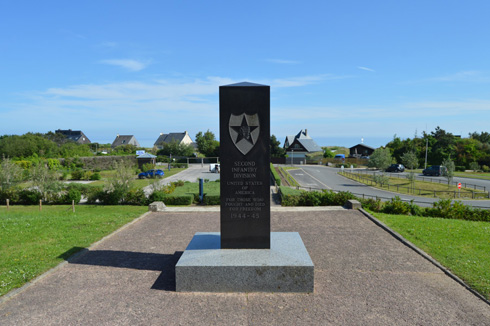 For the 74th D-Day anniversary Crisbecq battery held a re-enactment of the battery being stormed including the use of armoured vehicles and a tank. 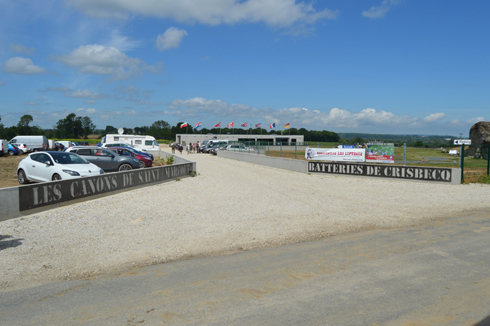 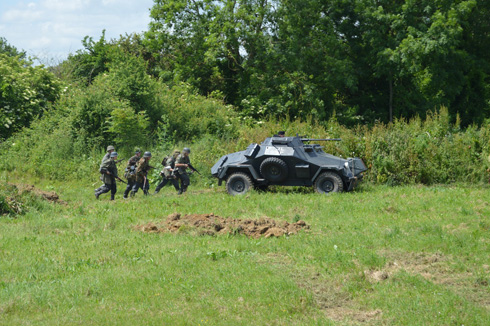 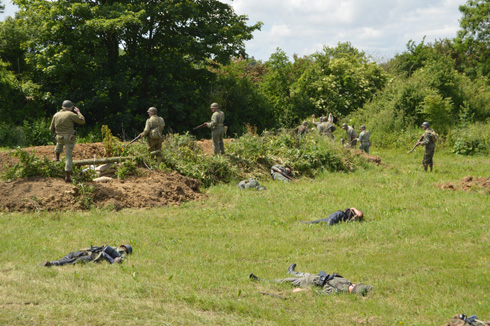 Camp Géronimo was located in Sainte-Mère-Église behind the Airborne Museum displaying WW2 vehicles and equipment in a reconstruction of an American WW2 camp. 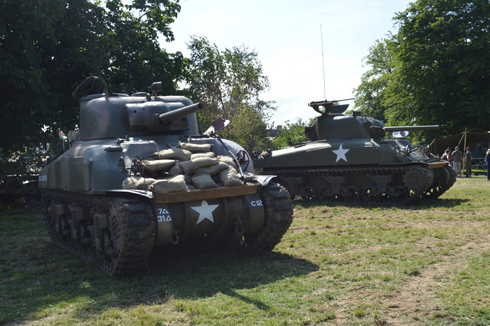 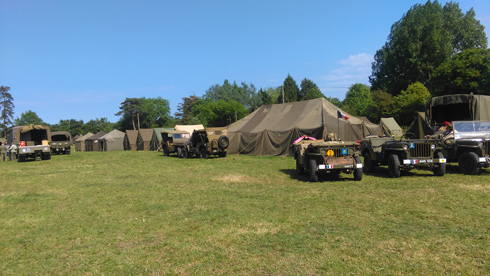 Throughout the trip WW2 vehicles could be seen driving along the road and stopped at most major sites along the Normandy Coast. We made a brief stop at Saint-Marie-du-Mont to see some of them.

For the anniversary almost 600 soldiers from America, France, Germany, Romania and the Netherlands jumped from C-130s and C-160s into Normandy over La Fiére near Sainte-Mere-Eglise. 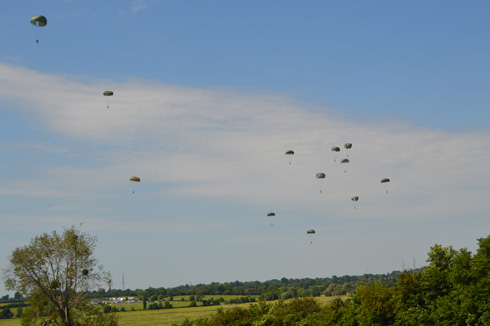 Maison de la Libération was the first house in Saint-Laurent-sur-Mer to liberated on the morning of the 6th June 1944. The house is furnished as it would have been when liberated re-creating the atmosphere of the time. In the courtyard there is an exhibition recounting the commitment of Jean Moulin resistance. 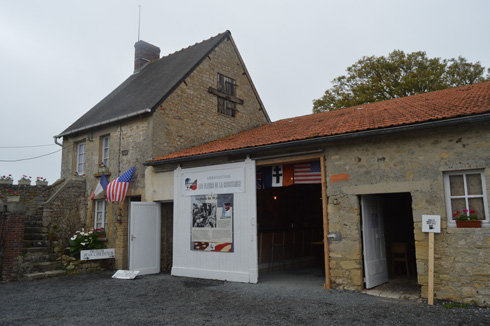 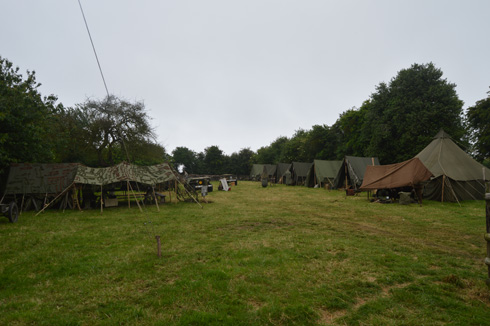 During the 2019 D-Day commemorations a new memorial was unveiled in Benouville to the 7th Battalion of the British Parachute Regiment who on the 6th June 1944 held the Pegasus bridge and the village for almost 24 hours hours suffering heavy casualties. 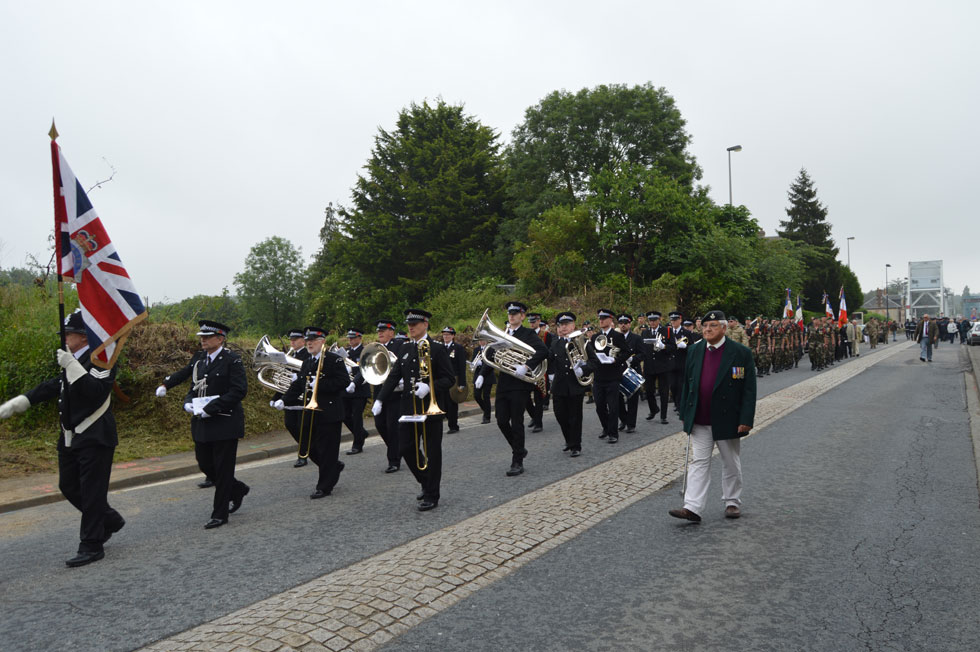 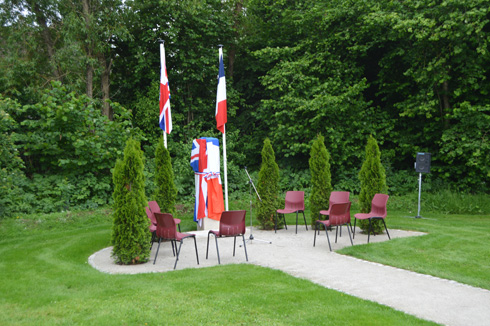 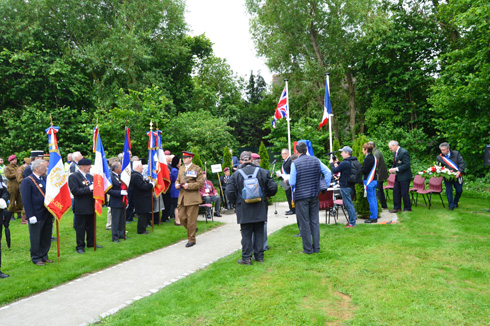 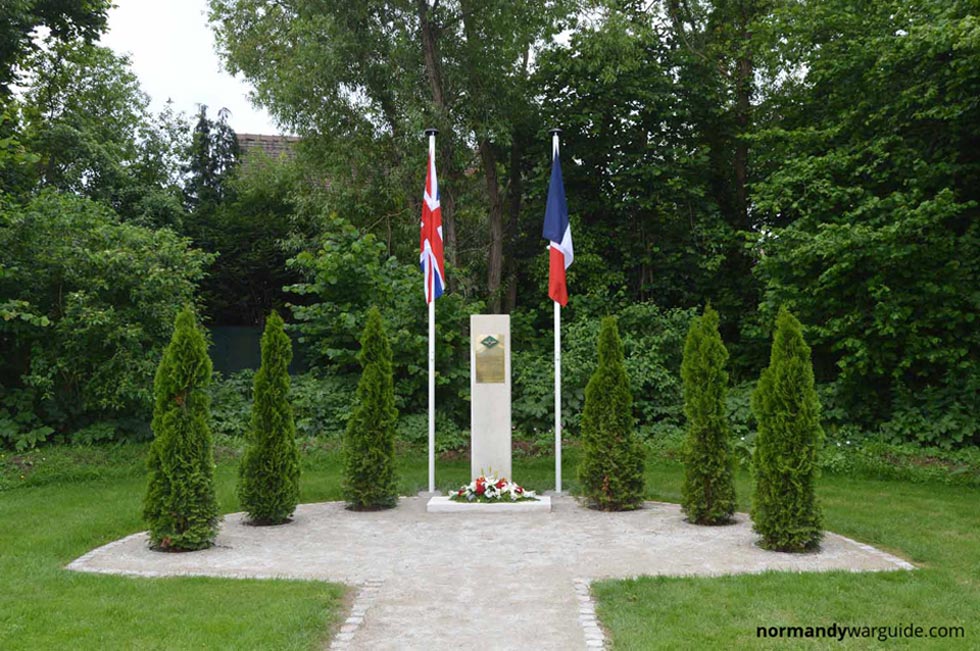