Located on the Arromanches cliff tops overlooking the remnants of a Mulberry Harbour the Arromanches 360 plays the film “The Price of Liberty”. The film is projected in HD onto 9 screens located 360 degrees around the visitor. The film retraces the 100 days of battle using modern and unpublished archive footage.

Chemin du Calvaire
14117Arromanches
Calvados
France
Parking: There is a large carpark located next to the Arromanches 306, €3 for cars, free for coaches.

The museum is located next to the beach in Arromanches overlooking the remains of the Mulberry Harbour which allowed the Allies to land heavy equipment and supplies in Normandy following the initial invasion. At its busiest peak the port was unloading more than 18,000 tons of supplies each day. A memorial to Merchant Navy Seamen who lost their lives during Operation Overlord. 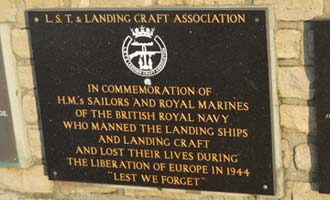