The Musée Memorial Pegasus at Ranville-Bénouville is dedicated to the men of the British 6th Airborne Division who were the first Allied troops to arrive in Normandy on the night of the 5th/6th of June 1944.

Through the use of hundreds of historic objects and photos the museum tells the story of the 6th Airborne Divisions missions during the battle for Normandy, with a particular focus on the capture of Bénouville Bridge by glider borne troops commanded by Major John Howard.

In 1994 the original bridge was replaced by a larger one which bears a close resemblance to the original due to the widening of the canal. The original bridge can be found in the grounds of the museum along with a Bailey Bridge and a full sized replica of a Horsa Glider as used in operation Dead Stick for the assault on the bridge.

The Bénouvile Bridge was later renamed to Pegasus Bridge in 1944 in honour of the operation. The name is derived from the shoulder emblem worn by the British Airborne forces. 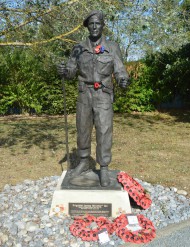 The original site of Pegasus Bridge which was assaulted by the 6th Airborne Division on the morning of the 6th June 1944 in a daring glider borne assault. 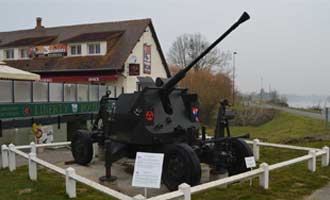 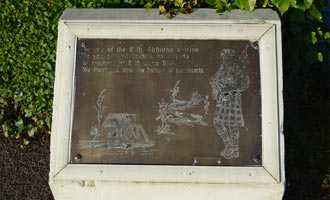 A memorial to the 6th Airborne Division and Lord Lovat's Commando located between Pegasus Bridge and Bénouville town hall.