Pointe du Hoc is a prominent cliff between Utah and Omaha Beach during the Second World War the site was an important gun battery fortified with concrete casemates and gun pits forming part of Hitler’s Atlantic Wall defences.

Due to the threat the battery posed to the Allied invasion the 2nd Ranger Battalion led by Lieutenant Colonel James E. Ruddler were tasked with assaulting the battery on D-Day to silence the guns, protecting Allied ships and soldiers on the beaches below from artillery fire.

Today the site remains cratered from the aerial and naval bombardment prior to the Rangers assault and features a memorial and museum dedicated to the battle. Many of the original fortifications and bunkers remain on the site and are open to the public, including the fire control casemate on top of which a monument to the 2nd ranger battalion has been constructed. 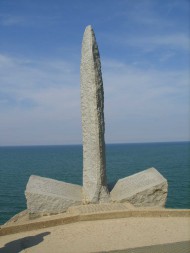 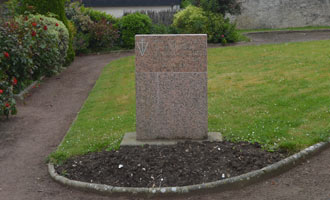 A memorial to the speech Charles de Gaulle gave to the people of Grande Camp on the 14th June 1944.