On the night of June 5th-6th paratroopers from the 82nd airborne division were mistakenly dropped onto the town of Sainte-Mère-Église which was occupied by the Germans. The town was made famous by the paratrooper John Steele whose parachute caught on the church's steeple where he hung for two hours while the fighting continued on the group below him before finally being cut free and taken prisoner by the Germans. This incident was later made famous by its depiction in the film The Longest Day.

An effigy of John Steele now hangs from the church's steeple. The church also contains two stain glass windows. One of the windows depicts the Virgin Mary and two paratroops, one of which is John Steele. The other shows Saint Michael the patron saint of paratroopers. 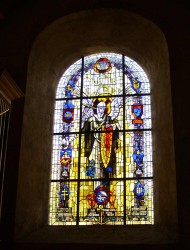 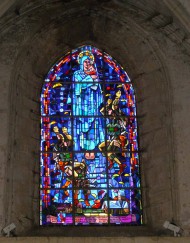 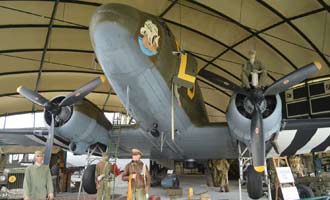 The Airborne Museum is located in Sainte-Mere-Eglise and is dedicated to the American paratroopers of the 82nd and 101st Airborne Division who were dropped into Normandy and fought as part of Operation Overlord. 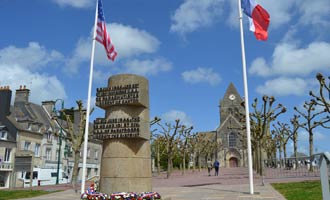 A monument to the liberation of Sainte-Mère-Eglise by the 82nd and 101st Divisions. 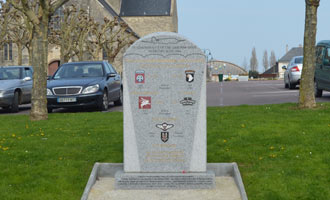 A monument to the Allied Airborne units who took part in Operation Overlord in June 1944.