The Kieffer Monument is in tribute to the commandos who landed on June 6th 1944 and was opened on June 6th 1984 by Francois Mitterrand the French President and Andre LEDTAN Mayor of Ouistreham.

The memorial "La Flamme" is large metal flame housed on top of a German bunker. The pathway leading to the memorial is lined with stones with the names of the French commando's who were killed on June 6th, 1944.

There is also a statue of Brigadier Lord Lovat who ordered his personal piper Bill Millin to play Highland Laddie as he led British Commandos ashore on D-Day as portrayed in the film The Longest Day.

A plaque on the "La Flamme" reads:

In tribute to commandos unloaded June 6, 1944
Opened June 6th 1984 by Francois Mitterrand,
President of the French Republic
and Andre LEDTAN Mayor of Ouistreham. 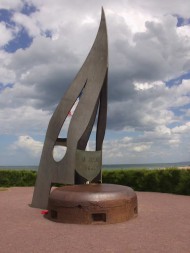 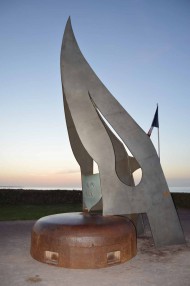 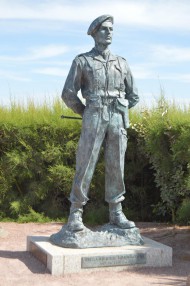 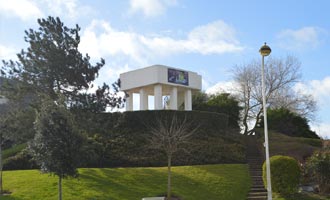