Bude at War, A tribute to the troops of 2nd & 29th battalion US Rangers

In preparation for the D-Day landings and the assault on Pointe du Hoc the 2nd and 29th Battalion US Rangers were stationed in Bude, Cornwall. Bude was chosen as its tall cliffs and coastline are similar to those the Rangers would encounter in Normandy.

In September 2017 the town held a "Bude at War" event which featured a re-enactment of a beach assault and scaling of the cliffs in tribute to the Rangers who were billeted in the town. 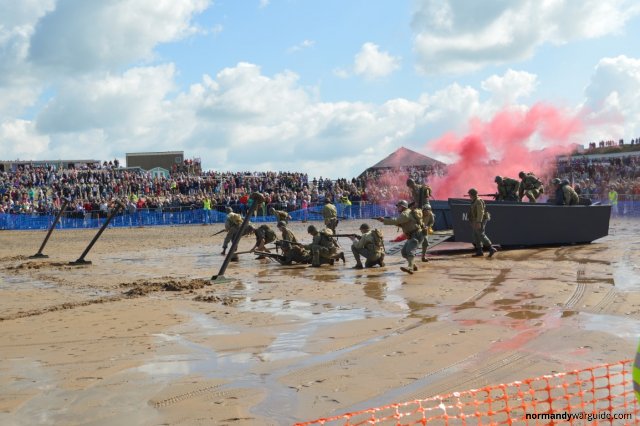 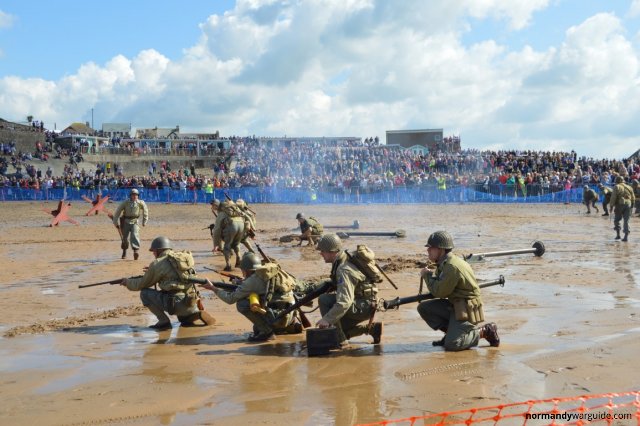 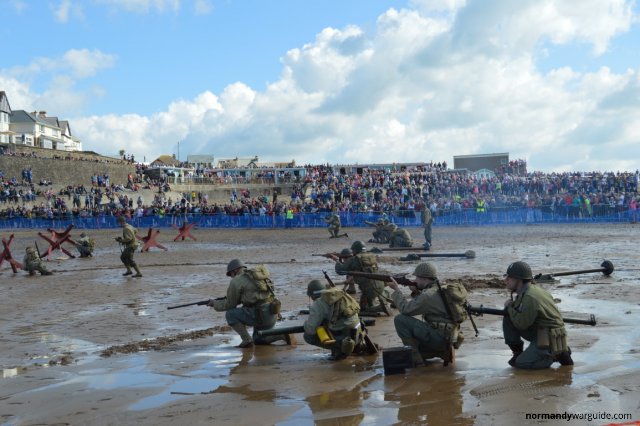 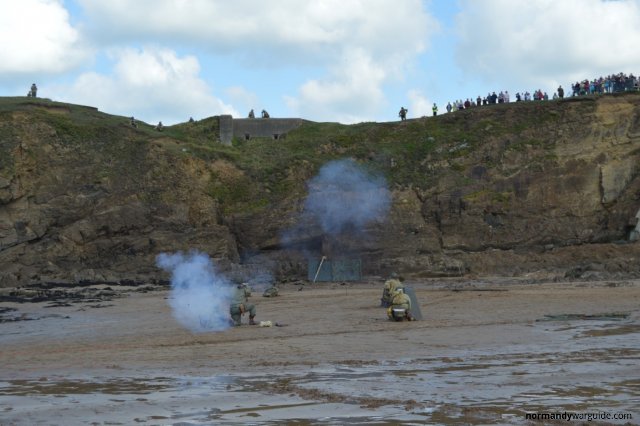 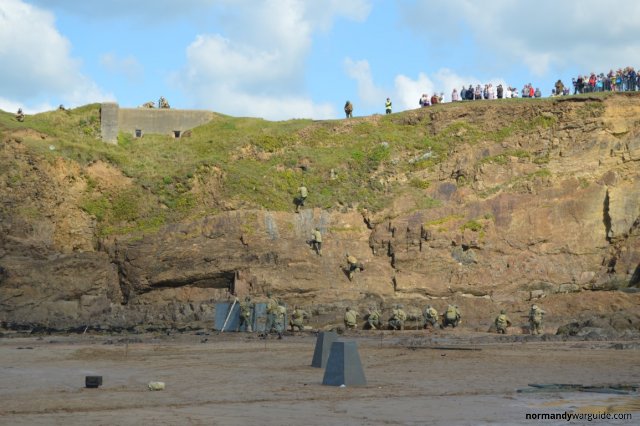 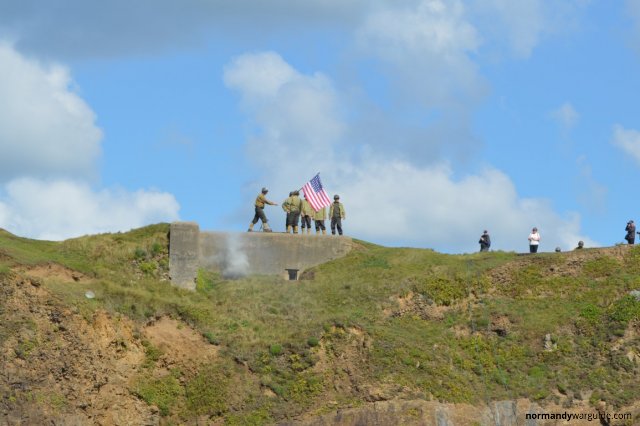 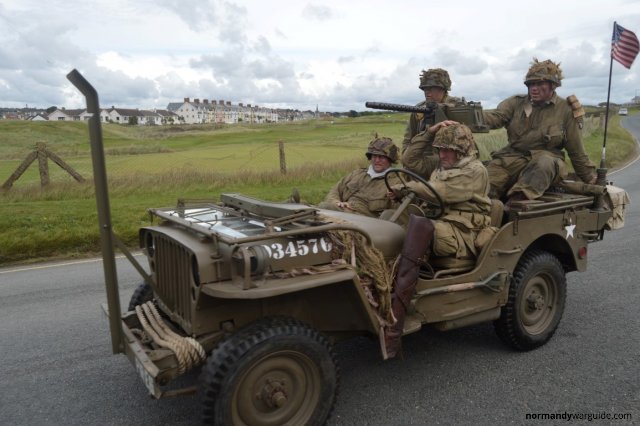 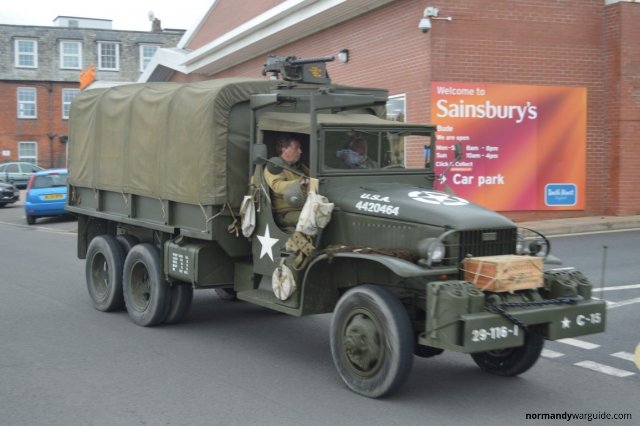 Located on the cliff there is a memorial to the men of the 2nd Battalion US Rangers who were billeted with local families during there time in Bude.

In grateful and fond memory of the men of
the American 2nd Ranger Battalion,
who were billeted with local families
In order to complete their training on
the cliffs and beaches of Bude
for their D-Day mission,
attacking the German coastal battery at
Pointe du Hoc, high on the Normandy
cliffs on 6 June 1944
They were led by Colonel James E. Rudder, on of
America's most decorated soldiers.
Although they sustained heavy losses,
the attach was a complete success

"Ranger lead the way"
We will remember them 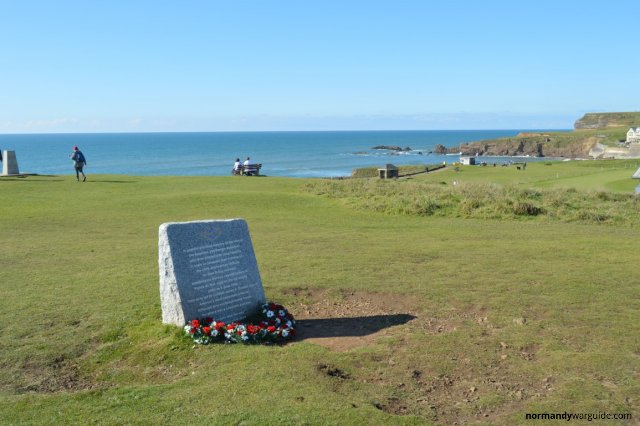