Despite being bombed on the morning of D-Day and then heavily bombarded by the British cruiser HMS Belfast the battery was still active on D-Day.

The battery did not have a direct view of the coast so relied on a telephone link with a fire command post to direct fire onto the beaches.

Marefontaine Battery is located on a lane forbidden to cars but is only a short walk from the adjoining road.

The capture of the battery is mentioned in both the 7 Green Howards war diary and the 141st Royal Armoured Corps war diary which are available on the site. An anchor belonging to one of the warships that fought during the Normandy invasion. 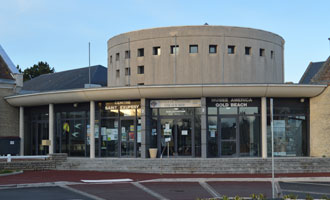 The Gold Beach Museum (Musée America – Gold Beach) covers the German defences along the beach prior to D-Day aswell as D-Day and the intelligence operations behind it with a particular focus on the 50th Northumberland division and the creation of RAF airfields in the area. 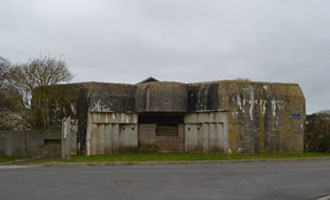