Sword Beach was the code name given by Allied Commanders to the most Easterly of the five landing beaches in Operation Neptune, which was the initial landing phase of Operation Overlord, the battle of Normandy.

The assault on Sword Beach was carried out on DDay, the 6th June 1944 by the British 3rd Infantry Division with the 1st and 4th Special Service Brigades attached. The 1st Special Service Brigade included No4 Commando with 176 French Marine Commandos commanded by Philippe Kieffer. Armoured support was provided by the 27th Armoured Brigade which included the DD (Duplex Drive) swimming tanks, flail mine-clearing tanks and the Churchill AVREs.

Sword Beach was 5 miles long spanning from Sainte-Aubin-sur-Mer in the West to Ouistreham in the East. 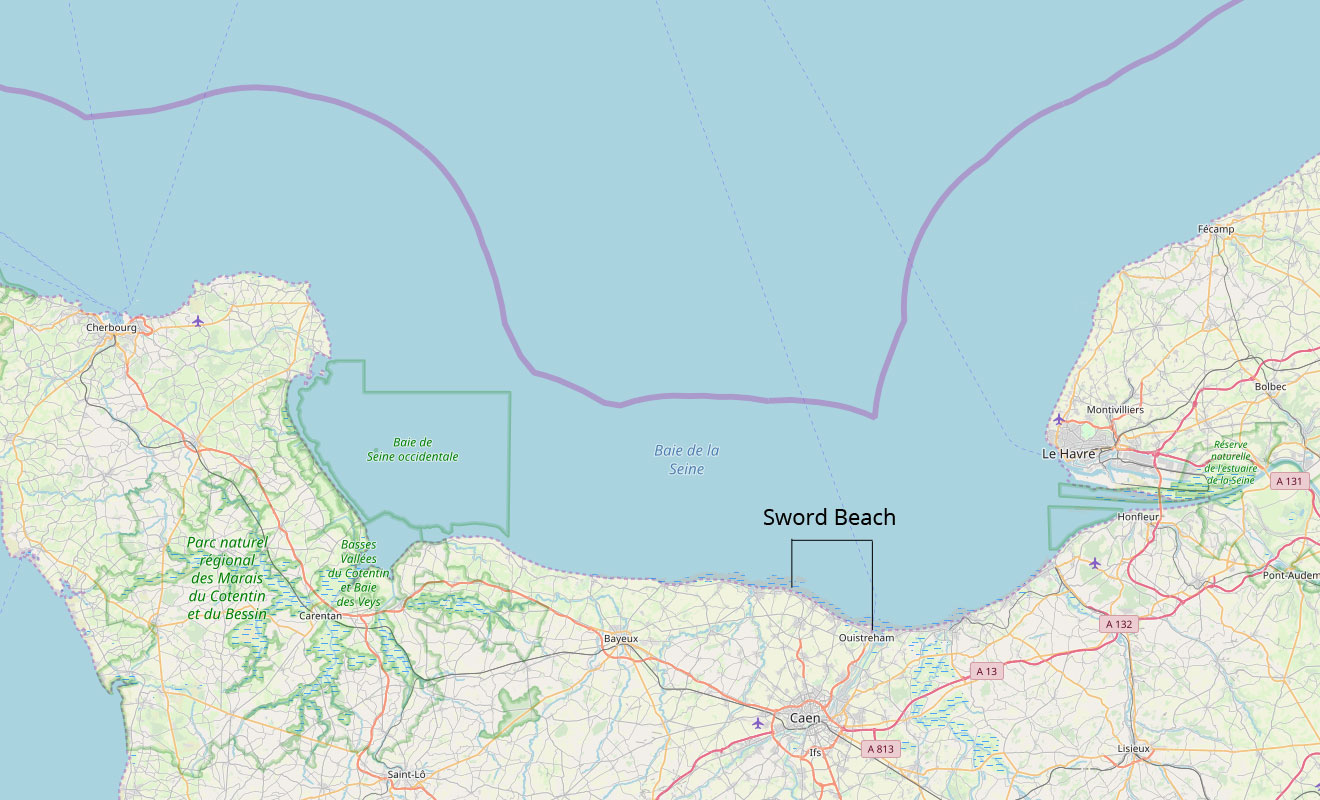 Sword Beach was split into four sectors: Oboe, Peter, Queen and Roger with each sector split into beaches. The landings took place on the white and red beaches of the Queen sector. Sword Beach was located on the Eastern flank of the Allied bridgehead and had an important role of linking up with the glider-borne coup de main force who captured the bridges over the Orne Canal and the River Dives. It was essential that these bridges were captured to prevent a counter-attack from the East where some of the strongest German armoured units in France were located.

The British casualties on Sword Beach were relatively light in comparison to the other landing areas with 630 men killed or wounded with 29,000 men landed.

With hundreds of WW2 sites to visit near sword beach from museums, memorials and fortifications it’s not possible to list them all here, so we’ve included some of the sites closest to the beaches for hundreds more places visit our explore Normandy page.

The Atlantic Wall Museum - (Le Grand Bunker)
This 52 ft tall tower served as a flak tower and fire control for the batteries protecting the Orne Estuary. The interior has been restored to how it would have been on the 6th June 1955.

Musée du Commando No4
This museum is a tribute to the 177 members of the Free French commandos who under command of Commandant Kieffer landed on Sword Beach on the 6th June 1944 and captured the Casino strong point.

Statue of Bill Millin the DDay Piperbr />Although not officially allowed, Piper Bill Millin marched up and down the beach during the DDay landings and then later as they moved inland as depicted in the film The Longest Day. 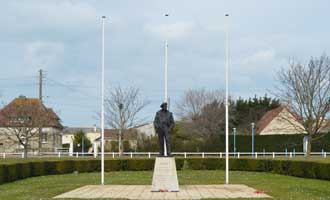 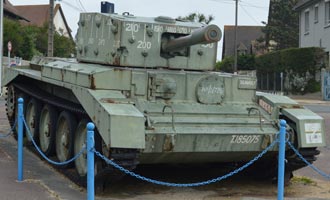 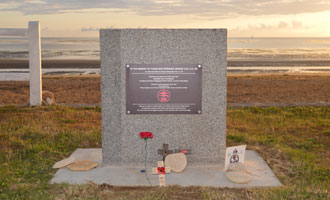 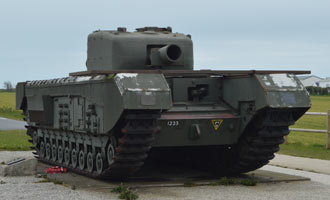 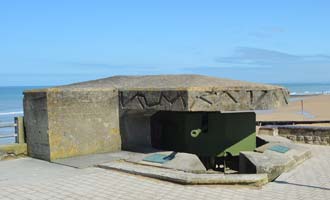 If visiting from the UK the easiest way to get to sword beach is by the Portsmouth to Caen (Ouistreham) ferry which docks on the Eastern most point of the beach which is operated by Brittany Ferries. Sword Beach is 5 miles long so the beach itself can be visited on foot or by bicycle. However, if you plan to visit sites further along the coast in other landing beaches or further inland a car would be recommended as many of the sites are fairly remote.

Sword beach is one of the more populated areas of coastline in the invasion areas so there is plenty of parking available along most of the Beach. Below are some sat nav addresses for the main car parks.

Sainte-Aubin-sur-Mer, Car park located on the road running parallel to the beach next to the Candian infantry memorial and WN27 which still retains its original 50mm canon.
Address for satnav: 20 Rue de Verdun, 14750 Saint-Aubin-sur-Mer, France

Lion-sur-Mer, Car park located in front of Marie de Lion-sur-Mer. In the car park, there is a memorial to the 41 Royal Marine Commando and a memorial LCH 185 which struck a mine on the 25th June 1944 is located on the Boulevard next to the car park.
30 Rue du Général Gallieni, 14780 Lion-sur-Mer, France

Ouistreham, There is parking along the entire length of Boulevard Astride Briand from Colleville-Montgomery to the Eastern edge of Sword Beach at Ouistreham.
Boulevard Aristide Briand, 14150 Ouistreham, France