From Allied and German war cemeteries to fortifications, memorials and museums, Normandy has such a wide range of D-Day sites located across its five departments, choosing which ones to visit during your trip can be a real struggle. To help give you some ideas and inspiration, we've listed ten of our favourite spots below, check out our explore page to find many more places to visit.

The Normandy American Cemetery is located in Colleville-sur-Mer overlooking Omaha Beach and contains more than 9,000 burials, most of whom were killed during the Normandy Landings and the following military operations. The Walls of the Missing, a semi-circular colonnade is a memorial listing the names of 1,557 who lost their lives during the Normandy campaign and could not be found or identified.

The cliffs leading down to the beaches contain the remnants of the German defences, including concrete casemates with memorials to the soldiers who fought during the landings on top. 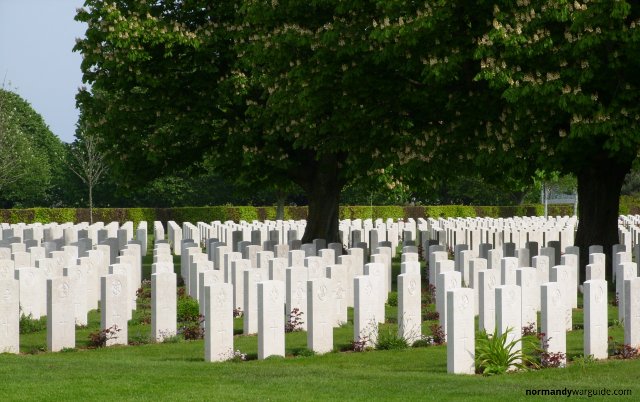 Bayeux Commonwealth War Cemetery is the largest cemetery in France for Second World War Commonwealth Soldiers with 4,144 Commonwealth burials and 500 burials of other nationalities. Opposite the cemetery is the Bayeux Memorial to the Missing, which is engraved with the names of 1,808 men who died in the Battle of Normandy and have no known grave.

The artificial harbour at Arromanches was known as Port Winston after the British prime minister Winston Churchill. The mulberry harbours were prefabricated in Britain and towed across the English Channel following the invasion to facilitate the rapid offloading of supplies for the push inland.

Despite being designed to only last three months, the harbour was in use for ten months landing over 2.5 million men, 500,000 vehicles, and 4 million tonnes of supplies. Arromanches also has several good museums including Musée Débarquement and Arromanches 360. Pointe du Hoc is a prominent cliff between Utah and Omaha Beach. The site was a gun battery, fortified with concrete casemates and gun pits, forming part of Hitler’s Atlantic Wall defences.
Today the site remains cratered from the aerial and naval bombardment prior to the Rangers assault, demonstrating how fierce the bombardment was along the coast. Many of the original fortifications and bunkers remain on the site and are open to the public, including the fire control casemate, on top of which there is a monument to the 2nd Ranger Battalion. WN60 is one of the German coastal defensive positions in Normandy, located on a cliff overlooking Omaha Beach, with views towards the American Normandy Cemetery. The site inflicted many casualties on the troops landing at Omaha Beach before it was silenced.

Today the site contains many of the concrete Tobruks and other fortifications linked by a zigzag trench system which is still visible today. 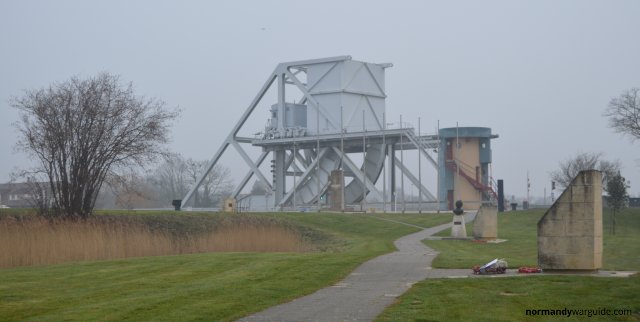 Pegasus Bridge was the site of the glider-borne coup de main assault where three gliders carrying troops of the British 6th Airborne Division landed in the opening minutes of D-Day on the 6th June 1944 capturing the bridge intact after a short battle.

A new bridge now resides where Pegasus Bridge once stood; the original is close by at Musée Memorial Pegasus Bridge. The site also has three monuments marking where each of the gliders landed, a bust of Major John Howard and a German gun.

Merville Gun Battery consisted of four six-foot-thick steel-reinforced concrete casemates, each containing a 100mm gun that could threaten the British troops landing at Sword Beach 8 miles away. Today the site houses the Merville Battery Museum, which covers the battery’s role in the German Atlantic Wall Defences and the lives of the soldiers who were stationed there, as well as the story of the Allied soldiers who captured it. 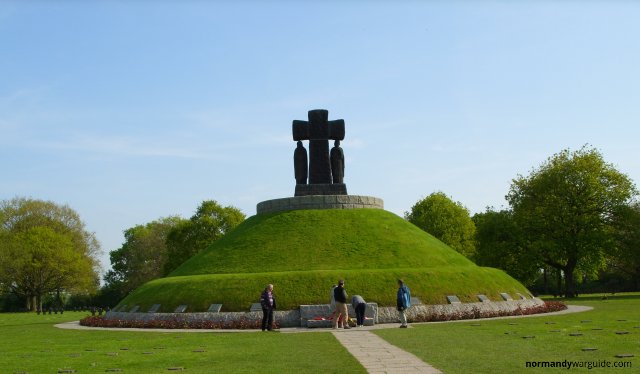 La Cambe War Cemetery was originally the site of an American battlefield cemetery where American and German personnel were buried in two adjacent fields. After the war, most of the American remains were transferred back to the United States and the remainder were reinterred at the Normandy American Cemetery.

The site is now under the German War Graves Commission (Volksbund Deutsche Kriegsgräberfürsorge) and more than 21,000 German soldiers are buried in the cemetery. 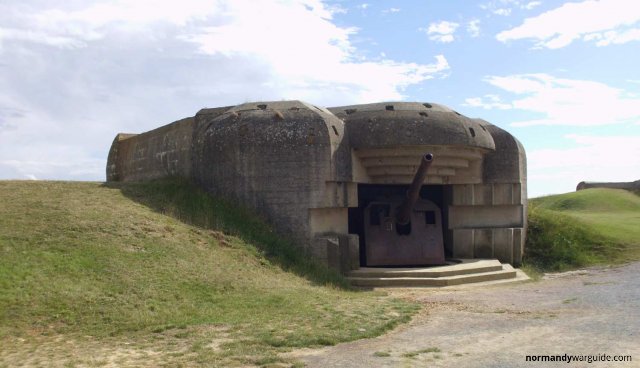 Longues-sur-Mer Battery is located between Omaha and Gold Beach and consisted of four 152mm naval guns housed in concrete casemates. The gun’s fire was directed by a fire control post on the cliff edge, which was featured in the film The Longest Day. Today the battery is open to the public all year round, including access to the inside of the fire control bunker and concrete casemates which still house their original guns. 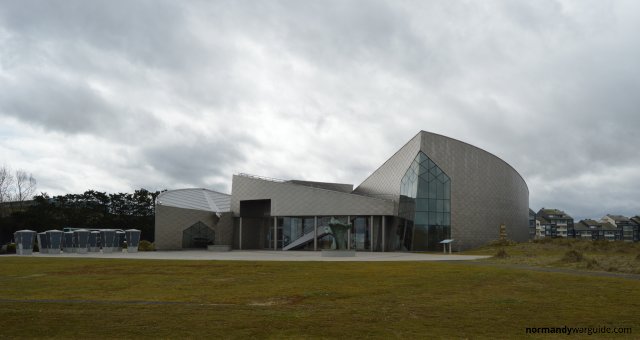 Located immediately behind the beach where 14,000 Canadian soldiers landed on D-Day, Juno Beach Centre not only covers the D-Day landings, but also the contributions Canada's military and civilians contributed to the war effort.

Located along the beach, you can see some of the remaining German fortifications as well as memorials to the Canadian Infantry, 1st Polish Armoured Division, North Nova Scotia Highlanders and a Churchill AVRE Tank that landed on D-Day.